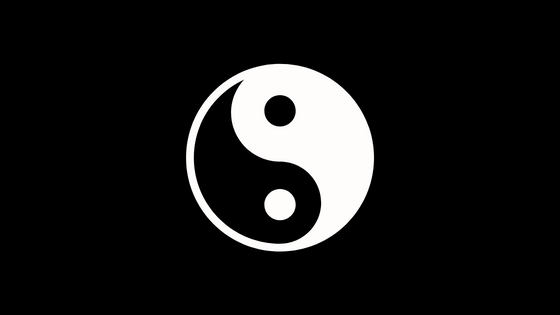 What does it mean to be masculine or feminine—and why are we so curious about the ever-shifting landscapes between the two? Why do films depict shifting ideals of masculinity and femininity through the years?

Ever heard of the term devine feminine or that all men hail from Mars? What about the Sun being associated with masculinity, and the moon with femininity? The hustling, go-getting type A versus the patient, lax type B?

Male and female represent two sides of the great radical dualism…they are perpetually passing into one another. Fluid hardens to solid, solid rushes to fluid. There is no wholly masculine man, no purely feminine woman.

As social media becomes more accessible in the information era, definitions will shift and emerge. Biological sex and gender have had separate definitions since 1982, as sociologist John Money coined the distinction in 1955—with gender being a social construct.

The Anima and Animus

Carl Jung proposed the animus, the masculine image present in a female psyche; and anima, the feminine image in the male psyche. He also proposed 12 archetypes, some of which are dominantly feminine (i.e. the Caregiver) and others masculine (i.e. Hero).

Both the animus and anima are part of the collective unconscious—an image that reaches further than the individual themself. They exist as part of the greater society, and can be recognized from tapping into the personal unconscious. Projections (sometimes negative) of each gender arise from the shadow.

Exposure to masculine or feminine figures through one’s life and the media paints a more detailed picture of what the animus or anima resembles to an individual. For example, growing up with an absent or weak parental figure impacts its manifestation tremendously.

Let’s take a closer look at how masculinity and femininity differ:

The moon does not fight. It attacks no one. It does not worry. It does not try to crush others. It keeps to its course, but by its very nature, it gently influences. What other body could pull an entire ocean from shore to shore? The moon is faithful to its nature and its power is never diminished.

For example, Dieticians who identify as male are coded as IES, whereas female Dieticians are labelled as SEC. The key difference lies in the motivations behind selecting a specific line of work—which psychometrically varies between genders.

As for IES (Investigative–Enterprising–Social), male dieticians are found to be primarily influenced by investigating the different areas for improvement of a client’s diet plan with respect to how to sell their plans and then, to a lesser degree, camaraderie.

In contrast, for SEC (Social–Enterprising–Conventional), female dieticians are more likely to emphasize the helping aspect of diet planning (e.g. making the client feel comfortable and welcomed), with the business and detail-driven components on the side.

Why Do We Need a Balance Between Masculinity and Femininity?

We require a holistic balance of masculinity and femininity. Without masculine traits, the world would be stagnant and devoid of progress: economical, political, and social. There would be indecisiveness; a lack of willpower and focused thinking.

Without femininity, it’d be artistically barren (sterile, even), and full of cogs in a proverbial machine, cranking day in and day out. Robustly void of empathy; void of the very essence and core of human nature.

Likewise in an individual: a person operating solely on masculine traits can become domineering and prone to aggression. Only feminine traits—and one can become severely codependent or emotionally fragile. A healthy individual has a balance of both.

The masculine and the feminine are two aspects of who you are. If you are too identified with one part, you will be half a life.