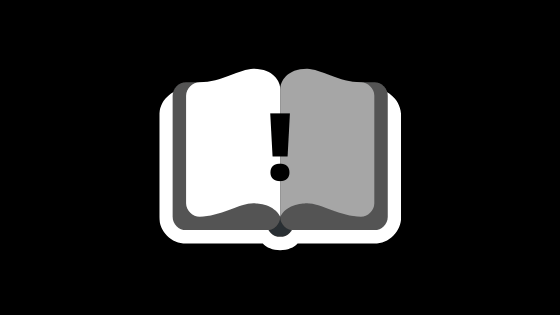 As a general rule of thumb, intelligence (i.e. IQ) is linked to the Openness (O) trait in the Big Five. It refers to the ease of making abstract connections, considering thought processes outside of the proverbial box, and being receptive to new ideas. Creativity, as a result, appears to link to the trait.

However, can creativity be taught or learned?

Conscientiousness (C) is the tendency to be time-sensitive, organized, and driven to meet deadlines. Through rigorous training and a period of stringent training routines, it’s certainly possible to go from grade-A (or is it grade-F?) couch potato to marathon runner.

“Creativity now is as important in education as literacy, and we should treat it with the same status.”

Creativity can be loosely defined as the ability to make abstract connections between disparate topics and produce a unique piece of artwork, or suggest a new framework for thinking. In a nutshell, a push to bring forth a spark of novelty into the ecosystem of ideas—tangible or intangible.

Academic curriculums and schools have already started to implement measures to facilitate the development of Openness (O) in students. Terms like critical thinking, holistic learning, and cultural awareness get thrown around a lot in academia—especially prior to post-secondary education.

“Creativity is a type of learning process where the teacher and pupil are located in the same individual.”

Individualized curriculums and cloud-based learning provide students with a treasure cove of resources for self-discovery and development. Prior to embarking on post-secondary education, many schools offer a compulsory “careers” course where students figure out how to proceed in the professional sphere.

The effectiveness of allowing 16–18 year olds to self-access their personalities and strengths in the course of a few months remains questionable. Career direction is best considered as a long-term process, which could start as early as elementary school—the idea-to-idea “exploratory” stage.

American psychologist Howard Gardner proposed a set of eight (8) distinct areas of intelligence (deemed as “modalities”), each with equal merit:

Higher levels of Openness (O) may potentially indicate more evenly-spread affinities for multiple areas of intelligence, however this view can be controversial. Will the Big Five trait be treated differently if the link is verified? Currently, Conscientiousness (C) takes the lead.

“We should spend less time ranking children and more time helping them to identify their natural competencies and gifts and cultivate these. There are hundreds and hundreds of ways to succeed and many, many different abilities that will help you get there.”

What Do IQ Tests Really Measure?

An individual’s IQ, or intelligence quotient, is a combination of:

Numerous high IQ societies and organizations have been created to distinguish the “cognitive elite” of the world. There are merits and downsides to any niche group, and the label of being “intellectually gifted” can be a boost or detriment (perhaps even both) to one’s ego.

Standardized tests such as the Wonderlic (used mostly for military and hiring purposes) and Wechsler Intelligence Scale for Children are becoming increasingly popular as teachers and educational board members continue to push for individualized curriculums.

Both public and private schools tend to strongly emphasize the linguistic and logical-mathematical areas of intelligence—hence the promotion (and sometimes idealization) of STEM (i.e. Science, Technology, Engineering, Mathematics) careers. Proposals of adding an “A” to the mix, which stands for “Arts,” turns the acronym into STEAM.

“Education…has produced a vast population able to read but unable to distinguish what is worth reading.”

STEAM has been met with mixed support from educationalists, teachers, and students. To further the acronym, other educators have suggested a sixth addition, “R” for “wRiting,” which turns STEAM into STREAM—to encompass the elements of Gardiner’s multiple intelligences theory.

Does formal schooling tend to hinder the development of Openness? The creativity and critical thinking levels of homeschooled children remains largely unstudied; a demographic of research interest. In the future, school curriculums will also teach soft skills such as communication, for students to become confident and self-actualized directors of their lives.

“The mind is not a vessel to be fueled, but a fire to be kindled.”