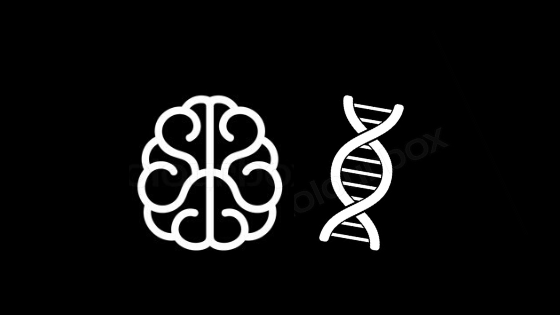 Neurons responsible for the particular experience of consciousness are enclosed and grouped in the intralaminar nuclei (ILN) of the thalamus. Neuroscience and personality overlap and join forces to bring a more quantitative and scientifically measurable field of study.

Let’s take a look at several facets of neuroscience and personality investigated in further detail:

Which Areas of the Brain are Responsible for Personality?

The prefrontal cortex (PFC), the area of the brain primarily enclosed by the forehead, is divided into two parts: dorsolateral (outer) and medial (inner).

It plays a central role in higher-level reasoning tasks, such as planning or imagination, and recognizes appropriate social cues. Damage to these regions has been linked to behavioral deficits—sometimes even psychiatric personality disorders.

Other possible areas responsible for the perception of a unique “self” or identity include the:

The subjective perception of consciousness itself is predicted to be governed by the intralaminar nuclei (ILN) of the thalamus. Sensory, cognitive, and motor functions all fall under the control of the neuronic group. In addition, the ILN has been observed to be involved in decision-making.

The ILN consists of neurons in two distinct groups based on position:

The experience of depersonalization has been vigorously studied to investigate the different brain structures responsible for consciousness and identity. In a nutshell, an individual who undergoes depersonalization feels as if they happen to be “afloat” and “drifting” from one day to the next.

“Trapped within the confines of his mind, he is too aware of every thought passing through it, as if he were outside, looking in […] At times his arms and legs feel like they don’t belong with his body. But most of the time, his mind feels like it is operating apart from the body that contains it.”

– Daphne Simeon, Author of Feeling Unreal: Depersonalization Disorder and the Loss of the Self

As a clinical condition specified in both the psychiatric manuals DSM-V and ICD-10, depersonalization disorder (DPD) can have serious and lasting effects on the brain if left untreated. A combination of cognitive-behavioral therapy (CBT) and prescriptions tend to render optimal results.

Patients who have dealt with DPD for over six months had lower-than-average levels of metabolic activity in the right middle and superior temporal gyrus (BA21 & 22), and higher levels in area 7B. These areas appear to be responsible for social cognition and linguistic processing.

“Neuroplasticity contributes to both the constrained and unconstrained aspects of our nature. It renders our brains not only more resourceful, but also more vulnerable to outside influences.”

– Norman Doidge, Psychiatrist & Author of The Brain That Changes Itself

Neurons fire and communicate with each other in patterns, and these pathways can change with training or experiences. The scientific term is synaptic change, where neuronal flexibility shapes behaviors and attitudes. Neuroplasticity is often studied with epigenetics and health psychology—to facilitate measurable change.

Early neuronal injuries can be treated and alleviated through various factors such as olfactory (smell) stimulation (Gonzalez & Kolb, 2006) and neurotrophics (Comeau et al., 2007). For individuals with maladaptive tendencies that stem from early-age experiences, the applications for neuroplasticity appear promising.

Brain scanning technologies and procedures such as the MRI (Magnetic Resonance Imaging) and EEG (Electroencephalogram) can further help researchers pinpoint the specific areas in the brain responsible for personality development.

Visual personality typing methods such as eye-tracking also hold promising applications in the field of neuroscience. B-data, or behavioral data, can provide insights into non-verbal communication patterns and map them onto specific personality traits.

Real-time, colorful images from EEGs are most widely used in HCI (Human-Computer Interaction) research. By analyzing the structures and strength of activity in different regions, neuroscientists can stimulate and mimic potential real-life conditions.

Future Applications for Neuroscience and Personality

Recruitment practices in the future may use brain scans and neurolinguistic tools for increased accuracy over traditional self-report data. Medical treatments will see shifts in accessing individual patient needs and conditions, as each case is wholly unique.

In the realm of big data and user experience, neuroscience can better humanize technology to improve relationships both online and offline. With psychiatry and therapy garnering worldwide attention, mental health can take strides to facilitate more empathy and effective communication.

“When it comes to exploring the mind in the framework of cognitive neuroscience, the maximal yield of data comes from integrating what a person experiences—the first person—with what the measurements show—the third person.”