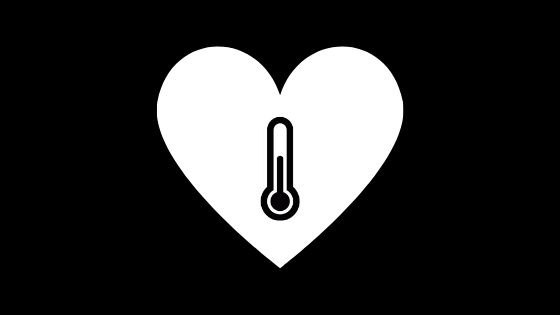 Compatibility is an innately complex term to define—as with any concept intertwined with emotions or relationships. Two healthy individuals can be compatible in theory, personality-wise, and witness their relationship burn down in flames.

The five love languages, coined by marriage counselor and relationship author Dr. Gary Chapman, serve as one of many guides for the overt representation and categorization of affection and care. The main goal of its conceptualization is to better understand others.

The five love languages as proposed by Dr. Gary Chapman:

How does personality factor into the compatibility equation?

Low levels of Neuroticism (N) on both ends remains as the strongest predictor for relationship success. Such couples reported lower levels of anxiousness and higher feelings of security. This usually translates to the ideal secure attachment style.

Mutually high scores for Conscientiousness (C) also appears to be connected to long-term relationship success, as both partners make the effort to push for growth and development over the course of an intimate bond. Regular check-ins and respectful, open communication are also important components of a mature bond.

Swipe Right: A Mecca for Singles

Since communication was still largely limited to landline phones (and UI-challenged instant messaging platforms) before the 2010s, singles gravitated towards bars and interests-related spots such as rock concerts, religious institutions, or bustling county fairs.

By 2019, most couples in the United States have online (~40%), and the remaining through school, work, or mutual friends. Approaching 2020, over half of daters in the States are projected to make their first encounter through instant message or text. The algorithms are hard at work behind the scenes of virtually linking future lovebirds.

Moving into 2020, virtual groups gather in platforms such as Facebook or Reddit, and apps such as Meetup successfully take these interactions offline. Welcome to the digital era of frivolous swiping and texting banter. Online dating applications such as Tinder, Bumble, and Coffee Meets Bagel have skyrocketed in growth over the past decade.

With a emotionally stable and mutually supportive marriage, the benefits for both parties are endless. A strong sense of fulfillment (especially under the affiliation slot in Maslow’s self-actualization pyramid) can be met through the development of a romantic relationship.

Why do singles tend get a bad rap, then? Are the lonely, miserable, and booze-stricken preconceptions true?

Individuals who actively choose to remain single—for personal or professional reasons—were found to have higher self-efficacy and Openness (O) scores than average. They were noted to focus their time on personal projects, community activism (e.g. volunteering), fitness, and diet.

The researched group of singles were also found to be more conscientious (C+) and less neurotic (N-) than median scorers overall, as they were more likely to hold themselves responsible for decision-making. Autonomy and personal freedom were noted as prime reasons for lifestyle choices.

F is for Friends Who Do Stuff Together

Compatibility factors into the platonic friendship equation differently than that of romance, predictably. Personality psychology plays a role in both, with an emphasis upon primary- or secondary-level traits. Social psychology, sociology, and anthropology also suggest theories of kinship and clans—who ends sticking together for the long run.

As Spongebob (the infamous cartoon sea sponge) sang in the silly yet memorable F. U. N. song:

“F is for friends who do stuff together, U is for you and me, N is for anywhere and anytime at all, down here in the deep blue sea.”

Juvenile and light-hearted as the lyrics may sound, Spongebob may have been onto something. Strong friendships require quality time spent together: through conversations, activities, travel, and shared interests.

What about friends who appear to be complete opposites at first blush? The strengths each friend possesses may complement the other, which propels a relational synergy. In other words, one’s strengths bring out the other’s strengths, as both parties grow together over the course of a friendship.

Having a certain “type” may indicate more about one’s biological makeup and childhood attachment styles than what meets the eye. Personality traits and their resulting behaviors may give a few clues into the so-called “happily ever afters.” Many questions still faintly linger in the atmosphere:

Why do people tend make the same mistakes in dating, and look for similar partners? How come opposites attract—and burn out just as quickly? Does the moth-to-flame fatal attraction play out in flings and longer relationships? How does extraneous factors, such as wearing makeup or cologne, tamper with our sensory perceptions?

A long-winded mixture of additional factors such as genetics, culture, and upbringing attachment styles also influence who finally gets the right swipe (and second date, wink). At the end of the day, is love in the air; in our genes?

Perhaps the personality psychology cupid has a few arrows in hand!

Deventer, J., Wagner, J., Lüdtke, O., & Trautwein, U. (2019). Are personality traits and relationship characteristics reciprocally related? Longitudinal analyses of codevelopment in the transition out of high school and beyond. Journal of Personality and Social Psychology, 116(2), 331–347. https://doi.org/10.1037/pspp0000191.