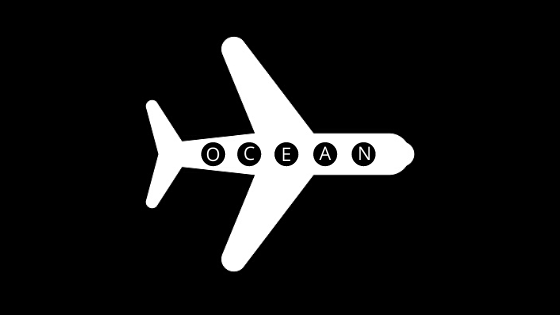 The Big Five, FFM (Five-Factor Model), NEO-PI-R, CANOE and OCEAN model are all synonymous to the five primary traits most cited in personality psychology research:

Big Five’s cross-cultural validity issues can be an ostensibly tricky field to navigate as its embedded emphasis on universality may be an obstacle to further developments towards greater validity and reliability. Since its official release in 1990, the FFM has earned its spot as one of the most scientifically accepted inventories of personality.

Higher and lower scores of the five dimensions can be attributed to other traits and terms:

Embedded Biases Within the Five-Factor Model

With the exception of Openness (O), the other four personality traits have very pronounced biases when it comes to cultural preferences in North American countries, where research involving the Big Five model of personality is predominantly based.

During hiring assessments, potential candidates may select choices on personality tests based on interpretations of overarching societal expectations of valued traits in the professional (and personal) domains. Using practice assessments may further perpetuate the tendency to “game” the onboarding process.

It would be fair to say these individuals would most likely not bypass the interviewing stage. However, competent candidates may be ruled out by failing to fit the mould of the “ideal hire,” complete with maxed-out trait statistics and dimensions designed for optimization.

Administering the Big Five questionnaire to culturally and ethnically diverse groups outside of North America (involving different levels of development) poses many challenges, with its strong etic (i.e. extending to all corners of the world) implications and limitations.

Culturally-specific personality frameworks such as the CPAI (Chinese Personality Assessment Inventory) have been more indigenously accurate models for countries in eastern Asia, with citizens who primarily speak Mandarin or Cantonese.

The concepts of face and harmony have been found to correlate positively with Big Five traits Agreeableness (A) and Conscientiousness (C), with a particularly negative correlation on Openness (O). The collective and higher-context communication culture (e.g. through body language)

In the Bolivian lowlands, a small group of hunter-gathers known as the Tsimane tribe scored results that were inconsistent with the interpretations of the Big Five. Two clusters out of a possible 40 were found to be correlative on a factor analysis:

The European Union (EU) has its own journal, the European Journal of Psychological Assessment (EJPA), which is sponsored by the International Association of Applied Psychology (IAAP).

Religion and the extended family play a central part in the highly collectivist African culture. Environmental harmony and group expression are of paramount importance, with an emphasis on the collective health and harmony.

The South African Personality Inventory (SAPI) was established in 2014 and accounts for the 11 official languages spoken in the region, specifically:

Friction of Big Five with Psychiatry

The boom of abnormal psychology and psychiatry has been established upon the base of a deviation from the norm. The powerful belief that something is inherently “wrong” or “sick” about the patient, and that they must be treated and “fixed” in order to better fit the model of normalcy.

In the case of active psychiatric guidelines, the DSM-V and ICD-10 have been criticized for validity and reliability issues. The long-term effects of taking medication for an incorrect condition remains largely unknown and challenging to investigate, as the genetic makeup of each individual is complex and unique. Thus, current research must be approach on a case-by-case basis.

Personality psychology researchers have already begun suggesting new components to add to (and perhaps subtract from) the Big Five. Many proposals see significant overlap, and the future of a universal primary base set of traits is yet to be established.

HEXACO, an alternative to the Big Five with growing popularity, suggests a sixth factor: Honesty-Humility (H).

The common assumption that Agreeableness (A) directly correlates with Honesty-Humility (H) sees challenges as the two can be mutually exclusive from each other. For example: a direct and firm manager, or a charismatic and calculating conman.

The Big Five factor model of personality has its fair share of strengths and limitations, with numerous proposals to make changes—whether by adding additional primary- or secondary-level traits. Or, perhaps reducing the number of traits or factors.

With psychiatric, emic, and etic considerations in place, the Big Five (FFM) can better encompass the universality of the human condition. Perhaps additional factors can be incorporated into the model, or reworkings of the Big Five terms of Openness (O), Conscientiousness (C), Extraversion (E), Agreeableness (A), and Neuroticism (N).