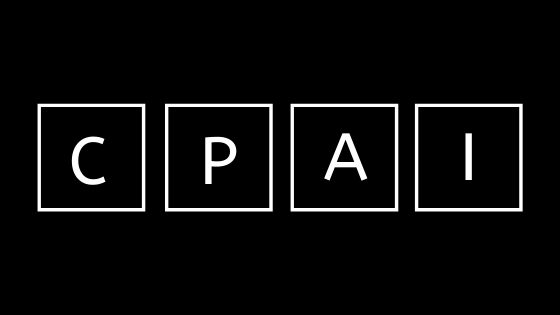 Note: CPAI stands for the Chinese Personality Assessment Inventory, an all-encompassing set of traits used exclusively in Chinese-speaking countries, with a particular emphasis on the collectivist culture and values.

Hong Kong, mainland China, Singapore, Taiwan, and certain regions of Malaysia all use the CPAI.

Cheung and his associates developed CPAI in Hong Kong, and published the first edition in 1996. The research and psychometric testing aims to preserve validity and reliability in testing culturally-specific populations.

There is a strong tendency to focus upon the somatic presentation of psychological conditions, as it destigmatizes the “illness” factor of a formal diagnosis.

Biological explanations, such as a thyroid disorder or low vitamin D levels, also make the presentation of mood-influencing symptoms more acceptable to the community.

In total, CPAI spans 38 scales: 22 of which are standard—and 12 which are pathological and clinical.

Three more are used to regulate validity, and one is repeated as a measure of personality.

The four (4) personality factors are:

Statements such as “It is a virtue to tolerate everything,” and “When I talk to people, I take great care not to offend them,” highlight the concept of Harmony.

Peacefulness, tranquility, and the utmost importance of not rocking the boat whenever possible. It generally correlates positively with scales such as Face, Ren Qing, Social Sensitivity, and Interpersonal Tolerance.

Comparable to the Agreeableness (A) trait in the Big Five, Ren Qing loosely translates to high emotional intelligence (EI)—and the ability to get along well with others.

It is an abstract and atmospheric quality, where influence elicits positive emotions in others. Rapport and charisma are byproducts of Ren Qing, the original umbrella personality term.

Traditionalism prides itself with long-held customs and practices, which have stood the test of time—for reasons arguably beyond individual control. Accepted norms and cultural values are the pillars for traditionalism.

On the other end of the scale, Modernity seeks change, movement, and action. It raises more questions than answers, and is willing to test the waters of new intellectual frameworks, and lines of thinking.

Another straightforward dichotomy: living frugally, in contrast to living paycheck-to-paycheck. The careful investor versus the carefree spender.

Interestingly, the scale also includes a metaphorical approach; a stingy time and/or space hoarder compared with the cash-blower. Thrift focuses on preserving and saving in case of a rainy day, whereas Extravagance seeks to play, then work.

Similar to shyness, Defensiveness refers to an emotional shield. Individuals who score high on the trait are more cautious, skeptical, and protective.

Ah-Q is a true story about a calculating and self-centered man in during the May 4th Movement, written by Lu Xun in 1921. It depicts the pertinent ideology of the feudal-colonial society of the time, from the perspective of a man of the peasant caste.

Similar to Ren Qing and the Agreeableness (A) Big Five trait, Graciousness refers to the proclivity to give openly and be generous with positive emotions.

In short, yes. However, the probability of its occurrence are particularly rare.

An open book, or a crafty plotter? A strong cultural value preference leans toward the former. Honesty, paired with the drive to maintain a consistent internal code of ethics, is seen as praiseworthy in countries using CPAI.

Slickness is different from deception or manipulation, whereby no form of false information or flat-out lies needs to be given.

The powerful overarching forces of shame and reputation in light of “a good and noble family name” take center stage during all interpersonal relationships.

Face is directly comparable to the persona or “social mask” one wears in public gatherings.

It is by and large a sociological concept which tampers into social psychology—as Face strictly requires the presence of others. Cooley’s looking glass self draws parallels to Face:

To “save face” means to uphold one’s reputation, even if it means deploying various forms of deception and/or manipulation to do so. Is it possible to score high in Face and Veraciousness?

By default, CPAI assumes a collectivist baseline, whereby high scores on family orientation are admirable and reinforced in gatherings.

For example, the necessity to respect one’s elders overrules other social niceties in a group setting. To maintain a “noble” family name, it is culturally applaudable and admirable to represent the entire family in a respectable manner.

Comparable to the Thinking–Feeling dichotomy proposed by the Myers-Briggs typology model, the Logical–Affective scale determines whether an individual prefers logic and facts or emotions and feelings in their decision-making process.

Similar to the Perceiving end of the Judging–Perceiving scale in the Myers-Briggs typology model, Flexibility encompasses the open-ended nature of decisions, plans, and relationships.

An individual who scores high in Flexibility is likely to welcome change and set general, overarching goals. They may run from control and generally value personal freedom.

Comparable to Sensation in the Myers-Briggs typology model, Practical-Mindedness denotes the preference for concrete data, preserving tangible assets, and generally being down-to-earth.

In terms of finances, individuals who score high in Practical-Mindedness usually employ various budgets and step-by-step actions to make sure targets are being hit or exceeded.

Close to the Sensitivity scale in CPAI, Emotionality refers to the range of emotions displayed and felt within an individual. Expressiveness and intensity also factor into the Emotionality equation.

From paying bills on time to investing time and energy to delay gratification, Responsibility entails the extent to which an individual takes charge of personal decisions and the resulting outcomes.

An individual who scores high in Responsibility is also likely to be conscientious, practical, and organized.

Anxiousness and persistent feelings of dejection are likely to arise from scoring high on the Inferiority end. A common train of thought may be:

I’ll never be good enough. Second best…maybe even that’s a stretch. Sometimes I struggle with feelings of envy, and it’s eating me alive.

Self-acceptance, on the other hand, seeks understanding and contentment. Neo-psychological movements such as positive psychology offer a bridge to less stress:

I can be proud of myself and my accomplishments. When others succeed, their positive energy inspires me to keep going. We are all talented in our own ways.

Optimism and pessimism is more than a glass half-full or half-empty situation. Attitudes and decisions are filtered through a best- or worst-possible outcome outlook.

Individuals who score high on Optimism expect the best and accept the result (and see the present as perpetually better than the hypothetical “worst”).

Attention to detail, preciseness, and the proclivity towards perfectionism all point in the direction of Meticulousness.

Other examples of behavior include general tidiness, preference for straight lines and/or symmetry, as well as patterns in speech (e.g. noun and verb placements).

Closely tied to one’s Emotional Quotient (EQ), Social Sensitivity is the emotional acuteness of others’ mood states and the ability to anticipate future feelings from specific actions or words.

Knowing topics of conversation to avoid and continue on are of second nature to individuals who score high in Social Sensitivity.

Locus of control (LOC) is the extent to which an individual attests their own actions and thoughts to life’s outcomes and results as they experience it.

An internal LOC values self-judgements and abilities, whereas external LOC attributes outcomes to the environment (i.e. luck and timing).

As the sole scale identical to the Big 5 NEO-P-R, Introversion refers to an individual’s preference toward recharging their energy levels alone.

Extraversion, on the other hand, refers to the surge of energy obtained by interacting with others, and bouncing ideas off of them.

Overwhelming and draconian boss remarks aside, Leadership measures the ability to manage subordinates in a productive manner to increase interpersonal and corporate growth.

Closest to Openness (O) in the Big 5 and High Sensitivity in clinical terms, Adventurousness indicates the tendency to seek out new experiences for their own sake—not to fulfill a cut-and-dried goal.

High Relationship Orientation indicates a tendency to hold interpersonal connections above other commitments, such as career or personal goals.

For example, an individual who values Relationship Orientation would likely choose to reside closer to their partner and take on a less ambitious job as opposed to maintaining a long-distance relationship with greater career rewards.

Whether it’s a knack for starting new businesses, bringing new ideas to light, or gathering people together to form functional teams—Enterprise is the ability to see opportunities for career advancement and take advantage of them.

In conflict or discourse, high scores indicate a willingness to forgive and consider situational factors, rather than attributing negative perceptions or judgements to someone’s actions or words.

Artistic expression, a keen eye for design, and appreciation of the fine arts all fall under the umbrella of Aesthetics.

Strikingly similar to the Big 5 Openness, the Divergent Thinking scale in CPAI describes the tendency to think outside of the box.

Individuals may pursue unconventional careers, and even get involved with the law, to a more extreme extent.

Careers, friendships, partners, and experiences. Similar to Novelty and Adventurousness at first glance, Diversity refers to the extent to which an individual values a range of flavors.

Connected to levels of Openness, Flexibility, Divergent Thinking, and Adventurousness—Novelty indicates the drive to experience new sensations and activities.

The Future for CPAI

Industrial-organizational (I-O) psychology and human resources departments in Chinese-speaking countries have used the CPAI in hiring, training, and team-reorganization activities.

With the constant movement of traits and ideologies, CPAI offers a comprehensive breakdown of the significant facets and traits of personality in the Chinese culture.