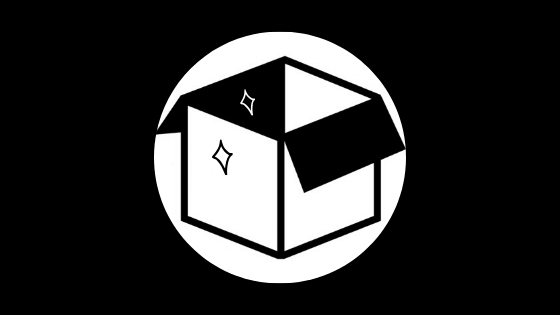 Type theories and trait theories are all in the rage: from the Kiersey four-type profiler to the HEXACO system.

Many other viewpoints in personality psychology are overlooked or brushed to the side altogether, as they are extraordinarily difficult to quantify and measure empirically.

As a result, they’re applied less and receive less media exposure. Each model has its merits and limitations.

Coined by Seligman in 1998 after his dissertation on his published research paper, positive psychology is the study of human behavior under the influence of positive experiences, states, and traits.

It capitalizes on strengths, and the conscious use of personal talents to navigate through the journey of a fulfilling life.

In 2004, Seligman (and is colleague Peterson) wrote the Character Strengths and Virtues (CSV) handbook, which attempts to outline the larger structure of individual personality strengths.

Seligman suggested five facets to a “meaningful life” in his book, Flourish, published in 2011, under the acronym PERMA:

These elements were all based on three (3) distinct criteria:

Csikszentmihalyi (pronounced chik-SENT-mi-high) popularized the concept of flow; the feeling when time is perceived to accelerate under meaningful work and activities.

Zuckerman proposed an alternative five-factor model in 1991, composed of the five scales:

Anyone who’s taken an introductory psychology course has the famous Bobo doll and young children etched into their minds by Bandura.

And the hauntings of Zimbardo’s grueling Stanford Prison experiment, where guards and prisoners assumed their roles accordingly.

Social-cognitive theories argue that the pillar and gate to all personality development lies in the conscious processing of socialization.

Mischel takes a unique stance known as reciprocal determinism, whereby situational and personal/cognitive variables combine to facilitate behavior. To distill this down further into steps:

There are five social learning person variables, which are interrelated:

The end goal is to strive for the highest peak of the pyramid—the self-actualization point—when an individual functions at their maximum potential.

Rogers takes a bold approach to personality in stating that our locus of control is fully internal; behavior is simply a manifestation of our thoughts. Change, then, must be solely attributed to personal willpower and motivation—intrinsic motivation.

There is also a dark side to the self-theory, which will bring forth sociologist Durkheim’s theory of anomie, or radical social disintegration.

The state of anomie is characterized by an absence of connectedness and community—an unshakable loneliness and loss of self.

Self-theory is strikingly existential and places all responsibility upon the individual to pen their personal life story.

Id, Ego, Superego. Freud, one of the key targets for arguments among therapists and students alike, proposed the iceberg model of the psyche back in 1923.

As a psychiatrist with a bustling practice, Freud held his position as one of the most highly-respected minds in psychology—up until the 1960s.

The psychodynamic approach largely centers around (limited) levels of libido, or sexual energy, and how it is displaced onto various channels: people, work, hobbies, or thoughts.

Human attention is essentially a zero-sum game under the Freudian lens; behavior is a matter of conscious and unconscious elements grappling for control.

Often confused with social-cognitive theories, the behavioral lens in personality psychology zooms in on instrumental and operant conditioning.

The cause-and-effect nature of behavioral theories is more rigid than that of Bandura’s social-cognitive approaches.

Key influencers in behavioral personality psychology include B. F. Skinner and Julian B. Rotter, as both assert that personality is a dynamic and shifting response to the environment.

Note: Behavioral epigenetics is a bourgeoning field with undeniable skepticism from scientists and the general public alike.

It’s not a personality psychology theory—rather an interesting biological perspective on how nature and nurture join forces to produce certain behaviors or conditions.

Behavioral epigenetics is the scientific study of behavior and personality traits as activated by specific genomes, whose effect depends on the environment and physiological factors, such as distress.

(Also, biology textbooks use almost every chance possible to discredit and poke fun at Lamarck’s giraffes.)

The Dutch Hunger Winter (1944-1945), an revealing event in history, accidentally opened gateways for scientists to study the consequences of harsh conditions on pregnancy and newborn infant weight (as well as later-day personality traits).

What did the scientists find?

Interestingly, mothers who experienced the famine during different trimesters of their pregnancy seemed to determine whether they had newborns of healthy weight or not.

If the mother was in her first trimester of pregnancy, her newborn would be underweight. Central Nervous System (CNS) structures develop during this stage, which is critical to an fetus’ development.

Darwin proposed a theory of birth order in relation to personality traits—where eldest children are more responsible and conventional, to earn their parents’ trust and admiration.

Their younger siblings, on the flip side, enjoy more leeway in their aspirations and life choices.

Although popular and widely acknowledged, genetic reductionism has been Darwin’s greatest argument against natural selection. More controversial takes such as the “selfish” or “religious” gene have garnered popularity over the years.

Instead of the traditional “survival of the fittest” Darwinian approach, they argue in favor for EAS temperaments, which are inherited in each individual’s early childhood: