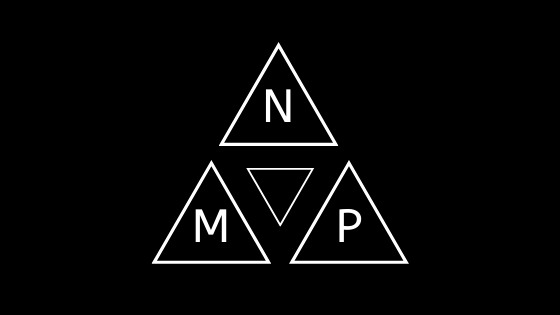 Where every real and fictional antagonist comes into play: the Dark Triad in psychology has been a hot topic of interest.

What lies behind the allure of the darker side of human nature? When does deviant behavior ultimately cross the line to be deemed as improper?

In forensic sciences and law enforcement, dark triad elements provide clues into an individual’s nature and true intentions. By carefully piecing together each puzzle piece (or data) to make a larger coherent picture, further analyses can be conducted.

Behind every action of a Machiavellian (or Mach for short) includes an expectation for a reward—or at least promise—for reciprocity. They often have fantasies of unlimited fame and power, strikingly similar to the narcissist at first glance.

However, Machiavellians are generally much more covert about their intentions and motives. As a result, they’re highly skilled and emotionally aware actors, who have a believable excuse out of almost any situation. Even when they seem to get caught in the act, they can shimmy their way out, without a scratch.

Like psychopaths, Machiavellians are expert actors and decoders of human behavior. They know how (and when) to play their cards to their advantage, and easily manage to convince others of their innocence and amiable personalities.

In popular culture, many high-profile and high-status characters are painted as Machiavellians, such as the cutthroat manager or executive.

Behaviors of a Machiavellian:

As a staple in blockbusters, psychopaths are in fact widely misrepresented in the media. They are unable feel any remorse and shame for their actions—whereas sociopaths do, but rather faintly. In terms of the Big Five traits, psychopaths score low on Agreeableness (A–) and Conscientiousness (C–).

Morals and ethics are thrown out of the window in decision-making; it’s solely the psychopath’s own self-interests that matter. The ends justify the means—and psychopaths will readily use deception, gaslighting, or any other form of manipulation to get what they want.

According to Eysenck, traits positively correlated with psychopathy include: impulsivity, tough-mindedness, egocentricity, aggressiveness, creativity, and general coldness. A common and misleading DSM-V term, the antisocial type is also linked to psychopathy.

Contrary to popular culture and a large chunk of movies or shows, not all psychopaths are out to cause a ruckus or rob banks. They can be experts at climbing corporate ladders, for example.

Behaviors of a Psychopath:

(*Note: The term is part of the DSM-V, but has similarities to psychopathy)

Linked to anger management issues and distress, sociopaths are also solely after their own self-interests. However, in comparison to the psychopath, sociopaths are not calculating or good actors. They’re quick to push the blame of their misfortunes to external factors and become internally conflicted.

Sociopaths may become misfits or outsiders of society, unable to empathize with others or establish meaningful connections.

In turn, they may seek out ways to escape from the bleakness of reality and opt for psychedelics or stimulants such as alcohol. Not surprisingly, sociopathy is positively correlated with a variety of addictions.

Neuroscientists have attributed sociopathy to damage in certain parts of the brain, such as the the frontal cortex, which is responsible for higher-level decision-making and planning—qualities sociopaths lack profoundly.

Behaviors of a Sociopath:

The story of Narcissus features a man who falls in love with his own reflection in a pond. Arguably, the reinforcement-seeking nature of social media itself has snowballed into the explosion of narcissism in the digital age.

With a worldwide movement of curating highlight reels, it’s now easier than ever to project an ideal image of one’s lifestyle.

The media shamelessly flashes overt narcissism around (pun intended). It’s comparable the extravagant celebrity who feels the need to start drama to be on a headline. Covert narcissism, on the flip side of the coin, is far more difficult to detect.

Examples include the use of self-deprecating humor, and subtle conversational power moves to direct the attention of others back onto themselves.

Can anyone be born narcissistic? The answers suggest that the environment and child-rearing methods an individual is exposed to is tenfold more affective at producing narcissism.

Behaviors of a Narcissist:

The Dark Triad In Forensic Sciences

In the study of criminality and deviant behavior, the Dark Triad plays a huge role in analyzing the culprit’s actions and history.

During background investigations and searches, investigators scour through personality patterns throughout the culprit’s life leading up to the crime.

Data tracking and fingerprinting has become accessible at lightning speeds, to maintain the health and safety of (real and virtual) communities.

An Overview: The Dark Personality Triad