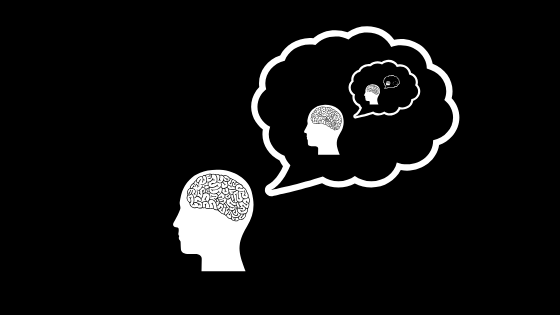 Playing at the intersection between science and art, philosophy and personality are intimately connected with a search for meaning and truth in both the unique and collective aspects of an identity. We have the built-in ability to be aware of our thoughts and behavior—and make decisions against our will.

The concepts to explore under philosophy and personality:

What criteria is necessary and adequate for someone to be existing in the present moment, based on past and future characterizations of that same self?

Popular sayings such as “losing yourself” in a project or witnessing individuals with dementia, for instance, having “lost his character.” People struggling with debilitating addictions often refer to themselves as “shells” of their previous selves.

Another (albeit extreme) example to consider is a patient in the vegetative state: no recollections of the past, nor awareness of the present. The neurons inside the brain has effectively stopped relaying information to each other.

The persistence question framed in an alternative format:

If a person x exists at one time and a person y exists at another time (in the past or future), under what possible circumstances is it the case that x is y?

To stave off feelings of dissonance, we pursue a feeling of inner togetherness. From a young age, we’re given the choice (and privilege) to select our favorite color, music, and foods. Or perhaps our preferences were subtly controlled, and contingent upon past actions and decisions.

Where’s the line between being a conscious person or not—and who draws it? In the case of medical procedures: is it the surgeon, patient, friends, or family? Important and drastic ethical issues arise when individuals themselves cannot make decisions about their minds or bodies.

Personhood deals with the grey area of consciousness and ability to intuit a cohesive and relatively consistent identity. Could individuals have a personality without being fully aware of its traits? How would depersonalization and derealization factor into the equation?

What about the case of Multiple Personalities disorder—which “self” is ultimately the default, or truth? Is this dependent upon the frequency of end behavioral occurrences, or the widely debated concept of normalcy? Ontology, the philosophical study of being and experience itself, may provide some insight into the personhood question.

As an radically alternative view to the wholly self-directed identity, personalism is:

“…in the scope of a general metaphysics, [people manifest their own personal] singular value and essential role.”

Conjoined with anthropology and sociology, personalism takes a bold stance on the nature of self-imposed roles. With Aristotle and Plato laying the groundwork for further development, personalism has garnered support in various branches of philosophy.

Personalism is closely tied to phenomenology, which is the study of human consciousness and the perceptions of events or objects in sole accordance with assumed consciousness. It proposes a view of intrinsic value and meaning in developing what imposes the human and divine—however defined by each individual.

Assumptions in Philosophy and Personality

Is personality written in one’s genes, or shaped by upbringing and culture?

Are people all inherently unique in personality and experiences, or possess identical factors and emotions?

Is it possible to develop and essentially “build” a personality through one’s lifespan, or is character development predetermined?

Does personality change through active, self-directed measures, or is it a product of reaction to the events that occur?

Will personality development naturally take a grass-is-greener approach, or see progress as the cup half empty?

All results from the five aforementioned perspectives fall somewhere between the two extremes on a scale, and may greatly vary depending on the individual. Personality lends itself to many interpretations and methods of measurement—with psychometrics being the quantitative study of traits.

Is the Nature of Personality Ever-Shifting and Fluid?

“No state once gone can recur and be identical with what it was before.”

Once any individual has—consciously or unconsciously—experienced an event and made a choice, the possibility of feeling precisely what once was disappears. The ever-shifting present moment hence becomes the simultaneous infinite yet ephemeral experience that instantly becomes written off as the past; a mere memory.

A Biological Perspective: Looking at Genes

Biological views of personality, by and large, propose a set of genetic behavioral determinants. Through each life stage, a process of growth with the predetermined assumptions according to specific traits and “natural” tendencies. Pubescence, for instance, brings forth a set of drastic hormonal and behavioral changes.

Whether a personality is closer to being set in its genetic code or the result of latter-day interactions and experiences, its definition remains arguable. How much metaphorical glue does a social mask need to become a part of someone’s identity—or does the act of smearing the adhesive itself point toward certain traits?

Can personality be accurately based under the influence of mind-altering substances or doctrines? Can any individual intoxicated by alcohol claim responsibility for any of their resulting actions? Behavioral epigenetics now makes its grand entrance.

The abstract notion of the self has been a hotly contested topic by philosophers and psychologists alike, as a staple in the understanding of personality. The concept of an identity, as open-ended and subjective as a whole, propels the field of personality psychology to work with qualitative measures.

Philosophy and personality are intimately linked, a self-concept which requires several lenses of knowledge to fully integrate and enmesh into a holistic (and stable) idea. Through the blurry stages of growth from childhood to adulthood, the cycle of personality and character development continues on.