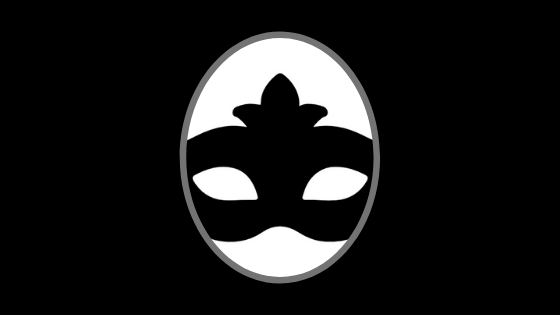 *Disclaimer: I’m not a licensed mental health professional or a psychiatrist, so please refrain from asking for personal or medical advice.

Also, please avoid self-diagnosing. If you suspect a loved one may be struggling, please seek out professional help as soon as possible.

There are three clusters in total which span 10 different personality disorders according to the DSM-V, a clinical psychiatric guideline to formal diagnosis and treatment.

It is estimated that around 9-10% of the U.S. population has a personality disorder at any given time, but most cases are either misdiagnosed (as anxiety or depression)—or not diagnosed at all.

Personality disorders are often co-morbid (i.e. existing at the same time) with other mental health conditions, such as depression.

Eccentric personality disorders focus on “strangeness” in thoughts, beliefs, and behaviors. Individuals may have trouble “fitting in” and making friends because of their esoteric interests and tastes.

Out-of-proportion skepticism and second-guessing are hallmark behaviors of Paranoid personality disorder. An underlying fear that information will eventually be used against your best interests is present through each interaction.

Schizoid personality disorder leads to a chronic avoidance of social situations and the difficulty of expressing appropriate emotions. Anhedonia (i.e. the inability to experience positive emotions) is also common.

Different from Schizophrenia (which is an official clinical and biological condition), Schizotypal personality disorder comes with a set of far-off and unusual beliefs, often involving a “mission” or “calling” to fulfill.

Dramatic personality disorders capitalize on both instability and unpredictability. Individuals follow their own whims and give little to no regard to formal (written or unwritten) rules or systemic structures.

With a particularly misleading name, antisocial refers to the demonstration of a range of criminally deviant and morally unjust behaviors such as setting fires, manipulation, and physical (often dangerous) aggression towards humans or animals.

Early rejection from peers may have an effect on the onset of antisocial tendencies. Bullying and subversive treatment appear to influence the flare-up of antisocial behavior during adolescent years and beyond.

Similar to the narcissistic personality disorder (NPD), histrionics demand constant attention and acts as if life is a stage—and they play the leading role. Any opportunity for admiration and shameless self-promotion is seized and amplified in the glistening eyes of a histrionic.

They will ruffle others’ feathers on purpose (or even as learned by accident) to garner sympathy and continue feeding into their egos and grandiose self-image. Drama and fuel to the fire secretly excites them.

During calm periods, they may experience boredom and stir up a storm in a teapot to chase the next high.

While the histrionic may be comfortable with being the star of their own show (i.e. immediate group of family and friends), narcissists fantasize about achieving unlimited power, fame, glory, and success. Think big-scale and internationally.

Arrogant and delusionally self-confident, narcissists demand special treatment in any situation and lack empathy (while being unaware of it).

For example, they may cut lines, make exclusive demands in restaurants—and proceed to leave a one-star review ranting about how convoluted and horrendous the service is.

Self-harm and mutilation is common, as their self-image is often painted in a negative light. The development of BPD is commonly thought to be influenced by childhood neglect or abuse, whether physical or psychological.

Interestingly, individuals with Borderline tendencies are among the least likely to seek out professional treatment and help for their condition as they have a sense certainty in their behavior, despite finding themselves in trouble and dangerous situations regularly.

With the irrational fear of rejection in public situations, avoidants actively steer clear of social situations where they face potential humiliation.

Also, they selectively choose to avoid making new friends or acquaintances unless they are absolutely sure of their trust and acceptance.

As a result, they may choose career paths that limit interactions with people as much as possible. This perpetuates their syndromes and escalates a seemingly silent issue of the psyche.

Major and minor life decisions all require external input and guidance from others.

Dependents desperately cling to relationships and feel an overwhelming sense of impending doom when asked to be independent and make their own choices.

Their core, underlying fear is to be left and alone and helpless—with no one to confide in. At the first sight of abandonment or conflict, they may jump to conclusions and feel the crushing weight of imagined doom.

Aside from stereotypical and repetitive rituals such as hand-washing or checking the lock before leaving (characteristic of OCD, not OCPD), obsessive-compulsive personality disorder also ties into thought patterns and a need to do things the “correct” way, as perceived by the individual.

For instance, an individual with OCD may like to have their morning tea at exactly 6:55am every morning. Another may click their pens 17 times before writing.

An extremely specific schedule may govern their day-to-day life, and a single deviation or interruption to it may completely frazzle and disorient them. OCPD is characterized by extreme control and perfectionism—which can result in workaholic behaviors.