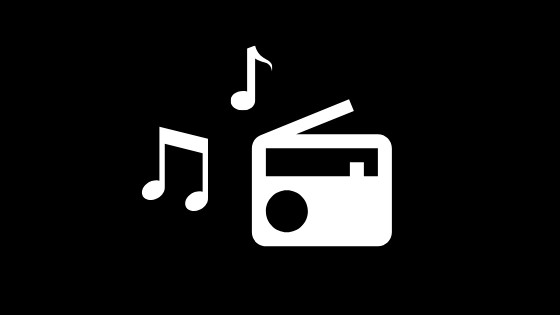 From Prince to Bon Jovi, Britney Spears to Camilla Cabello, Stevie Wonder to Louis Armstrong—music is known to alter moods, promote sales of certain wines, and connect entire communities or tribes. Since the earliest records of drumming, humming, or acapella arrangements, music has been an integral part of humanity.

Personality and music taste are affected by factors such as culture and peer groups, and even possibly correlated by socioeconomic status. Music itself has the power to evoke an emotion and diminish another under the right context and conditions.

How does personality influence music taste? Let’s explore the notes:

Top Billboard 100 fans are found to be relatively outgoing, socially nervous, and down-to-earth. Radio hits, “bops,” or “bangers” garner widespread popularity in record time, and subconsciously appeal to individuals who place value on conventionality. Popheads score low on Openness (O) and high on everything other scale in the Big 5, namely Conscientiousness (C), Extraversion (E), Agreeableness (A), and Neuroticism (N).

Contrary to the popular belief that headbanging rockers are intense and driven—classic rock listeners are actually found to be gentle, intuitive, and even mellow. Which actually translates to scoring high on Agreeableness (A)! Rockers were also found to be less practical and imaginative, which shows in high Openness (O) scores.

Do the “Moooom, believe me, it’s just a phase” songs dominate your playlist? Emotionally-piercing lyrics and maxed-out guitar riffs accompanied by snarky drums mark the punk-metal revolution. Are punk and metal listeners actually more rebellious and hot-headed? Similar to rock listeners, punk and metal enthusiasts scored high on Openness (O), however low on Agreeableness (A). Also, high on Neuroticism (N).

Predictably, individuals who prefer artistic obscurity in music score high in Openness (O) and Neuroticism (N). With emotionally penetrative lyrics and experimental melodies, indie music appeals to the creative intellect. Newer hybrid genres such as lo-fi and acid jazz fall under the indie umbrella as well.

Fans of guitars and the signature country rasp are generally hardworking, conventional, honest, and outgoing. They score particularly low on Neuroticism (N) and high on Conscientiousness (C)—and seem to have good health compared to listeners of other genres. Could the secret to longevity be in country music—or in the listeners themselves?

As the most direct genre of all, individuals high in Extraversion (E) and intensity prefer straightforward, hard-hitting rap lyrics. Interestingly, even when combined with another genre (such as indie or jazz), rap listeners score similarly across the Big Five traits, with an emphasis on Extraversion (E).

With deep, mellow, and bouncy tones, soul lovers are self-assured and low on Neuroticism (N); high on Extraversion (E) and Openness (O). HSPs or individuals with high sensitivity gravitate towards soul like moth to flame. Soul has tightly woven links with cultural meaning and development—a fluid process that transcends the test of time.

Individuals who listen to hits from all other corners of the world (and eras) score (surprise, surprise) especially high in Openness (O) and Extraversion (E). They’re found to thoroughly enjoy travel, new sights, and experiences. Their strong sense of curiosity and wonder are reflected in their colorful lifestyles. Which ties into the next point…

A Little Bit of Everything

Love all of the genres? Does your music playlist resemble a messy tossed salad of everything imaginable, from the medieval organum to R&B to vaporwave? Multi-genre listeners were found to score particularly high in Extraversion (E) and Openness (O).

What about the group of individuals who prefer to keep the radio off—and spend their leisure time in peace and quiet? A keen preference for silence over tunes has been found to correlate with Conscientiousness (C), as focus can be improved by sitting in total silence.

We’ve looked at how personality influences music taste, and the range of traits that come about each genre. Whether it’s a emotionally-piercing jazz ballad on a rainy Sunday afternoon or energizing EDM festival playlist, music can alter moods and induce feelings of euphoria. Enter art and music therapy for 21st-century natural healing practices.