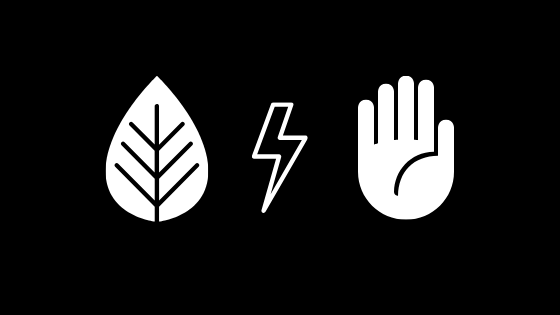 Personality type theories such as Jung’s eight cognitive functions (which translates to sixteen distinct types) assert that our personality is completely predetermined in the womb, and develops—healthily or unhealthily—over time.

Latter-day theories gravitate toward the nurture end of the debate—and argue that under the right conditions, any individual can develop and accumulate certain traits. Essentially, the view is that behavior can be learned.

Twin studies are highly sought-after and carefully analyzed, as it is one of the most accurate and ethical methods to compare and contrast the personalities of two genetically identical individuals. The research method is known as the naturalistic observation.

Factors that are linked to the development of personality include (but are not limited to):

Tolman devised a formula with initiating causes of behaviors:

Intervening (or mediator) variables are defined as internal process that connect prior stimulus in a particular situation with a resulting response. In a nutshell, they are hypothetical constructs (as they cannot be directly measured) used to explain the connection between independent (predictor) and dependent (criterion) variables.

In the field of personality psychology, intervening variables are useful for measuring and providing plausible explanations for qualitative data such as stress, happiness, or any variation of an emotion. When a subject under study is complex (i.e. influenced by numerous extraneous and potentially interconnected variables), several mediator variables may be implemented.

On the whole, is personality based upon nature or nurture? Let’s explore the two perspectives in greater detail:

Biological Determinism: It’s All in Our Genes

Genetic determinism refers to the viewpoint that DNA gets the ultimate say in how an individual matures over time, regardless of how or where they were raised. One of the earliest proposals for biological determinism was by Greek philosopher Aristotle, who believed that rulers and the ruled were set from birth.

“The assumption of an absolute determinism is the essential foundation of every scientific enquiry.”

– Max Planck, The Dilemmas of an Upright Man

Various gene kits and websites have exploded in popularity as scientists begin to more clearly pinpoint the specific genes and alleles responsible for individual traits and behaviors. The ethical issues surrounding the sharing of biological data poses a range of questions on the future of pregnancies.

SHANK3, or SH3, is a protein directly involved in the process of dendritic formation in the brain, which is responsible for communication between neurons. It has been linked to individuals on various levels of the autism spectrum, if combined with glutamine signaling imbalances.

The Human Genome Project is a cross-cultural and extensive study of DNA sequencing compiled from 1990 to 2003. Genomics scientists and researchers used map-based sequencing processes—which is synonymous to “bacterial artificial chromosome” (BAC for short).

Male infants whose mothers had experienced the famine during their first and/or second trimester of pregnancy were more susceptible to developing Antisocial Personality Disorder (APD) during adolescence and beyond. Additionally, they were at risk for juvenile delinquency, and developing a substance addiction.

Traits such as risk-taking, impulsivity, and uninhibitedness reach their peak effectiveness during the teenage years (i.e. ages 16-18), when the developing brain is subject to heuristic thinking (LeDoux)—and makes quick decisions primarily governed by emotions.

“This exciting new field of epigenetics—meaning literally “around” the gene—allows us to see how environmental factors alter our gene expression in a specific place within each cell.”

Links Between the MAOA Variant and Violence

Carriers of the MAOA (Monoamine Oxidase A) gene variant are found to be more inclined toward violent behaviors, particularly under the influence of depressants such as alcohol or amphetamine. Individuals were also likely to develop personality disorders such as antisocial or schizophrenia, often comorbid with a mental health conditions such as anxiety or depression.

“The brain is heavily influenced by genes. But from birth through young adulthood, [the most defining part] is less a product of the genes with which you started life than of what life has thrown at you. [The frontal cortex is the brain region last to mature and] most sculpted by experience.

– Robert M. Sapolsky, Behave: The Biology of Humans at Our Best and Worst

Childhood abuse (physical or psychological) also triggered the MAOA variant to activate destructive behaviors—to property, people, and practices. The PTSD resulting from neglect or overt harm carries onto adolescence and beyond.

Final Thoughts: Is Personality Based on Nature or Nurture?

The relationship between personality and behavior is contingent upon other factors, such as value systems and genetics. As a larger interplay between biology and the environment, personality is likely a blend of nature and nurture—to varying degrees depending on the individual.

Certain genes may hold the keys (or bases) to higher intelligence or creativity, although a welcoming environment (or perhaps the stark opposite) would increase the likelihood of certain behaviors being displayed over the course of a lifetime.