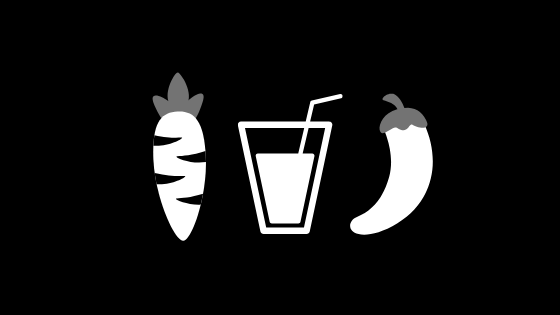 Whether someone prefers their tacos with extra sizzling chipotle sauce (side note: guilty as charged), or goes all out on a buffet’s cheesecake section (sorry, pants), one’s diet may significantly correlate with their personality.

Also, individuals who stick to their diet goals over succumbing to the temptations of an extra candy bar or bowl of macaroni and cheese are likely to score high in Conscientiousness (C). Eating habits and patterns may hold some interesting correlations with our complex personalities.

The dark triad of personality (i.e. Machiavellianism, Psychopathy, Narcissism) may also play a role in our dietary choices. These are observations only, and should not be taken as a causal relationship.

Let’s take a look at how personality and diet preferences may be related to each other:

Predictably, High Sensation Seekers (HSS) and those high on the Big Five Openness trait enjoy a good hot sauce with pretty much anything. The Scoville heat scale, measured in Scoville Heat Units (SHU), indicates the amount of sugar required to neutralize the spiciness.

Capsaicin is the biochemical compound in chilis, which produces the recognizable fiery, burning sensation upon the tastebuds. Similar to fear, individuals can become desensitized to heat and require larger amounts (in SHU—this is tolerance, similar to alcohol) to experience the same flavor.

Donuts, cupcakes, candies…desserts galore. Any of those sugary guilty pleasures hidden in the first drawer of an office storage. It’s quite common to hear the phrase, “They’re so sweet,” being thrown around in conversation. Does having a sweet truth hold a grain of truth in personality and diet?

Die-hard fans of the extra slice of double-decker chocolate cake scored significantly higher in Agreeableness (A) and Extraversion (E). The “sweet tooth” preference appears to have a link to relationship orientation, as well as empathy levels.

Highly Sensitive People (HSPs) and those high on the Big Five Neuroticism (N) trait show a strong preference for tangy, sour, or zesty flavors—be it juices, cocktails, or dressings. Certain cuisines such as Thai or Korean expertly infuse tang into their uniquely savory dishes.

The biochemical compounds responsible for the unique tang in fruits include the simple hydrogen ion (H+). These compounds found in naturally sour foods react with other substances in the body to cause reactions, such as acid reflux.

Leafy greens tend to have a bad reputation for making most cringe (and run). However, a (very) small percentage of people willingly chop down salads and loaded superblends from Booster Juice. The vegan and vegetarian lifestyle correlates positively with Care and Spirituality. However, it also appears to be linked to high Neuroticism (N).

Vegetables contain antioxidants, various vitamins (B12, C, E, etc.), and a slew of positive health benefits. Highly conscientious individuals who value fitness and nutrition are found to have diets rich in leafy greens and its various relatives (think: starchy yams and carrots).

For the near (or real) carnivores of the world, high meat and protein intake appears to negatively correlate with Openness (O), Conscientiousness (C), and Agreeableness (A). Processed meats straight from the deli such as cold cuts and sausages amplifies this effect.

From a socioeconomic perspective, individuals who hold more conservative views and attained lower educational levels tend to have diets higher in processed protein and meat intake. However, the results could be skewed as the sample only included Americans. Other scales such as Competitiveness and Aggression also correlate positively with meat consumption.

From sashimi to oysters—those who enjoy the savory original flavors of raw foods score high on Openness (O) and may have stronger immune systems and metabolism from the get-go. Biology plays a significant role in nutrient processing, using all of the five senses.

From an epigenetic perspective, families who grew up with diets high in untouched foods straight from the ocean or farm may have accumulated antibodies to tackle on pesky intruders and keep the genetic lineage strong. The effect would have naturally carried onto future generations, given that external factors remained consistent.

…is linked to psychopathy. Right?

Of course—the research has been conducted (several times) already. So what’s the big deal over the absence of a creamer or sugar in a brew? Folks who prefer their coffee plain were actually found to have some positive attributes outside of psychopathy. For instance, they tended to score higher on IQ tests and threat detection.

Personality disorders such as Borderline Personality Disorder (BPD) as well as (touché) Narcissistic Personality Disorder correlate with black coffee consumption. The preference for the bitter sensation were found to have less volume in brain areas responsible for emotional recognition and empathy.

Fad diets aside, many factors play into the relationship between personality and diet.

Sariyska, R., Markett, S., Lachmann, R., Montag, C. (2019). What Does Our Personality Say About Our Dietary Choices? Insights on the Associations Between Dietary Habits, Primary Emotional Systems, and the Dark Triad of Personality. Frontiers in Psychology. https://doi.org/10.3389/fpsyg.2019.02591.