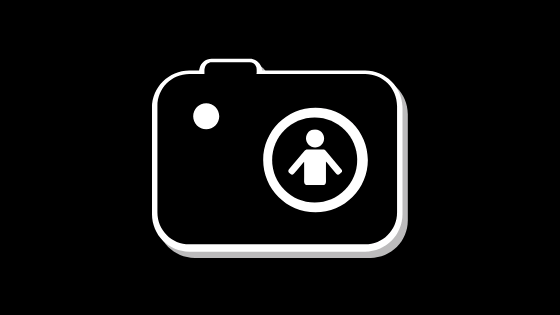 From peering into the distinct lumps of people’s heads (phrenology), facial expressions, or the lines on a palm (palmistry)—visual typing has been largely debunked as a pseudoscience. It principally draws upon the Barnum or Forer effect—by which any description is general enough to be thought of as accurate to most experiences. This gives off a believable illusion of accuracy upon first glance.

Ever wonder why horoscopes always seem eerily accurate? Add a dash of confirmation bias, and it’s a recipe for a self-fulfilling prophecy, or perhaps fate? Superstitions such as broken mirrors also entail illogical reasoning. If a belief is mentally rehearsed repeatedly over time, the brain may eventually accept it as truth and hence, the expected actions may result.

Great news: There has been some ongoing and promising research in the areas of eye-tracking and automatic responses to stimuli (e.g. salivating levels of one’s tongue to sour foods to differentiate between introversion and extraversion). These experiments rely on physical reactions, which is far more quantifiable and replicable than visual data alone.

What are some of these outdated methodologies for visual typing?

The ancient study of skull structure shapes, established by German doctor Franz Joseph Gall in 1796 and popular in early to mid 1800s, came to be known as phrenology. Alternative medicine and practices such as detoxification diets, acupuncture, or crystal healing all fall under the same umbrella.

Palmistry, the pseudo-study of the meanings behind lines on palms, is the older relative of the discipline. Johann Kaspar Lavater, a Swiss pastor and philosopher, founded the field of physiognomy—the practice of deciphering a person’s traits and character from their outer appearance, particularly with the face.

Franz Joseph Gall, German neuroanatomist and physician, proposed the idea of physiognomy (i.e. assessment of personality from outer appearance) in relation to the localization of mental functions in the brain. He believed certain brain areas were responsible for different activities, such as regulating emotions or planning for the future.

Scottish lawyer George Combe wrote national bestseller On the Constitution of Man and its Relationship to External Objects in 1828, with one of the most radical views on phrenology and its significance in deciphering the various conditions an individual could undergo due to their skull structure.

The basic three body structures (known technically as somatotypes) are:

Ectomorphs have smaller frames and thinner physiques; endomorphs have larger, stockier frames with heavier bones; and mesomorphs fall in the middle, with hourglass shapes comprised of mostly muscle (~80%). Comparable to astrology at best, there have been no significant correlations between body structures and personality traits.

Subject to the halo effect, facial profiling relies on ratios between different compartments of the visage. Lombroso, an Italian criminologist, believed people who were socially deviant or “born criminals” had certain features, such as larger ears. However, his experiments suffered from sampling bias, whereby faces of the general population were omitted from his analysis altogether.

Many ethical issues arise from his results as well, for instance, in the case of digital hiring tools. If computer algorithms erroneously rule out an individual’s candidacy due to mere facial structure before even given a chance to access job-based skills, then the technological bias is highlighted.

This could lead to false positives—perceiving a causation where there is none. On the flip side of the same coin, false negatives arise when candidates who turn out to possess strong traits of criminality were deemed by the machines as innocent, perhaps even trustworthy.

How about people who have undergone various cosmetic surgeries?

Makeup can also alter the perceptions of facial symmetry (e.g. higher cheekbones or larger eyes), which makes the task of decoding behavior all the more difficult. In the case of forensics profiling, it may pose challenges for accurate screening procedures.

Would these algorithms be able to catch and decipher these augmented and modified appearances?

To end on a high note, eye movement tracking technology has drastically proliferated in the past decade to detect certain behaviors, such as lying and stress. Cybersecurity and forensics implement the four basic types of movements:

As depicted in the science fiction noir film Minority Report (2002), advanced scanning technologies may be able to predict crime before it happens, and create safer communities on the whole. The technological expenditures to successfully implement such a system would go over the roof, however.

Many eye movement tracking studies have been conducted on children who have learning challenges such as dyslexia or socialization struggles with autism. When shown clips of characters conversing, for example, children on the spectrum tend to avoid zooming into faces, and focus instead on inanimate objects.

Visual personality typing continues to attract the attention of behaviorists, forensic scientists, and psychiatrists. With big data movement gaining momentum by each click, the future qualitative study of personality psychology will under major transformations and adjustments.