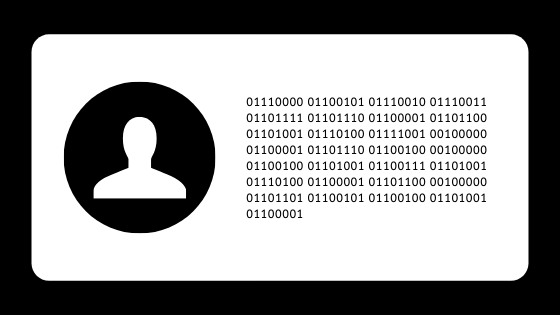 Over 140 billion Tweets and 3 billion Snaps are shared each day, worldwide, on average.

With each digital media platform shouting for attention left and right, how susceptible is anyone’s personality and self-identity to social media? What is the extent of social media’s influential power, and when do virtual ethics come into play?

Miniature hits of dopamine (the “happiness” neurotransmitter) are met with every like, heart, favorite, upvote, clap, or pin—all slightly different terms to account for the same feeling of social reinforcement—similar to an addicting and engaging digital drug consumed by the brain.

As a quick recap: personality is the thoughts, attitudes, and behaviors that generally remain consistent over the course of a lifetime. The goal of media (and information) can be to inform, persuade, entertain—and even infuriate, hence the boom of “sensational” or “shocking” content.

Research in Personality and Media

Avid users of social media (i.e. over 5 hours per day) were found to have higher Neuroticism (N) and Extraversion (E) scores—contrary to the popular belief that high scores on Introversion would dictate more time spent on the social web.

Individuals who used more types of social networking sites (especially newer ones) had higher levels of Openness (O). However, the opposite findings were found for individuals who spent more time on instant messaging (IM) and video chatting—and tend to be more traditional and down-to-earth.

In the case of Twitter profile pictures, visual research has been conducted in terms of image color, composition, type, demographics, presentation, and facial expression. Cyberpsychology, a bourgeoning field, studies virtual personas and how individuals consciously choose to display themselves online.

Symmetry and balanced ratios were attributed to high Conscientiousness (C), and Extraversion (E) to the expression of positive emotions. Unusual poses and unique color schemes were positively correlated with high Openness (O), as expected.

Agreeableness (A) tended to low sharpness and high brightness pictures and increased emoji use. Most prominently of all, Neuroticism (N) was linked to simpler compositions, more monochrome color palettes, and the absence (or side profiles) of faces.

Mere exposure to certain images and information with a distinct message, especially when under the influence of cognitive dissonance, or the misalignment of beliefs and values. When incoming messages clash our with pre-existing beliefs, we can outwardly reject them, come to a compromise and accept certain aspects (which can be difficult), or shift to adopt the new belief.

If calculated change is necessary, then repetition is key to reorganizing thought patterns. This process in turn changes behavior for the long run—thus gradually shifting our personality and self-identity. Micro-doses of exposure to targeted messages have the power to influence, to then affect decision-making.

A complete sign-up process for any freemium service (i.e. free to use with paid premium services) requires the user to consent and agree to a list of terms. By clicking “I agree,” and typically scrolling straight to the bottom without fully processing the information, users are met with the illusion that they have consciously taken action (albeit passively and largely unconsciously).

Social Networks and the Snowball Effect

“You are the average of your five closest friends.”

Each person is connected to any other person in the world by a maximum of seven steps (i.e. six links between each unknown connection). The Internet has made befriending mutual friends a normal exchange in the digital sphere.

Companies specializing in public relations (PR) or any variation of online networking (e.g. dating, meetups) can leverage this concept. When people are introduced to new companies or potential matches, the snowball effect is observed:

Snowball Effect (definition): A small issue or roadblock that escalates into a large-scale disaster, similar to a snowball that accumulates mass as it rolls.

Social networks can be thought of as a vast, far-reaching web of interconnected nodes. The common proverb, “You need to know people who know people,” highlights this idea to suggest proactivity and the effort to make new connections.

When a new connection is made, the worldwide web modifies in shape and produces a new linkage that then changes how third-degree connections and beyond are now related in terms of digital distance. One step closer to a new group, and two steps to another.

Technology Use and Mental Health

Compulsive social media use acts as a springboard for a variety of mental health issues, such as low self-esteem (as a result from upward and downward comparisons), anxiousness (FOMO – fear of missing out), and anhedonia (inability to process positive emotions).

Although social platforms have made communication more convenient than ever, the paradox lies in the loneliness that is influenced by increased screen time. Time spent and invested in virtual engagements and chats could not otherwise be used toward real-life conversations, with the added components of body language and voice intonations.

A possible theory could be that pre-existing mental health issues result in an increased use of social media—rather than the other way around. If this proposal is true, conditions could worsen and lead to faulty conclusions about the true influential nature (and potential) of social media.

The common speculation holds that new technologies are to blame for the onslaught of ADHD (Attention Deficit Hyperactivity Disorder) symptoms among school-aged children worldwide. The bait-and-hook, suspense-inducing television series intentionally leads the watcher to experience certain emotions over characters and make predictions about the plot.

Neuroscientists and psychologists have worked together to investigate the origins of a prominent (and growing) genetic condition. Personality traits associated with ADHD on the IPIP scales include heightened openness, creativity, sensation seeking, distractibility, scattered energy, and hyperfocus.

The purposefully addictive nature of social media can easily perpetuate already distractible individuals whose brain anatomy is wired in a way where a sensory overload or underdose may cause distress. When taken to extremes, addictions and psychosomatic conditions may occur.

Personality and Digital Media: The Future for Virtual Communities

The projections for personality and digital media are a dime a dozen, with undertones ranging from fear of the pixelated unknown, to sheer excitement in progressing technology. How digital communities develop over time depends on its users and their goals or motivations.

How long will it take before conversations will be correctly and eloquently predicted by AI? Does each individual have the responsibility to adhere to a code of ethics online—and is this approach universal? The rules of “netiquette” continue to shift as e-culture refines the nuances and meanings of language.