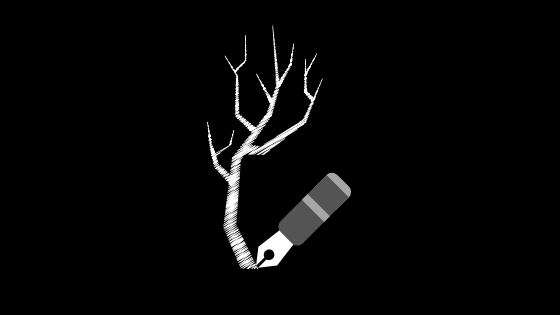 Narrative design is the umbrella term for the hierarchies, branches, maps, dialogues, and thoughts of characters in an immersive, virtual world. Animated pixels and distinct timbres of voices. Well-known and beloved characters hit the shelves and screens.

Storyline-heavy games, complete with realistic dialogues, are snowballing in popularity as the middle of the 21st century approaches. Gone are the days where action and destruction take center stage—intriguing narratives now pines for the crown.

“To read fiction means to play a game by which we give sense to the immensity of things that happened, are happening, or will happen in the actual world. By reading narrative, we escape the anxiety that attacks us when we try to say something true about the world.”

Personality typology specifically (e.g. Jung’s types) is an invaluable tool in the creation of true-to-life heros, villians, and everyone in-between. Each individual contains an intricate web of morally correct, incorrect, and justifiable traits that play in the grey area.

A classic “hero” figure who only does acts of “goodness” may not accurately reflect reality, as each person is a unique blend of desirable and undesirable traits. Interesting primary characters defy their own personality at times, and leave the readers guessing what their next courses of action could be.

Storylines have evolved from being strictly linear and take on many interesting structures—from circular to open. A slick narrative can further push the progress of a plot, as well as character development. Depending on who tells the story (and how), the atmosphere can feel strikingly different.

Characters are the primary points of conversation and markers for plot development. They breathe life into the plot, process thoughts, and make decisions which directly affect their environment and the web of relationships they’re linked with.

A feeble, wimpy nobody to a majestic, towering hero. Character development happens gradually, sometimes insidiously for antagonists or antiheros. New higher-level traits reveal themselves over time, and result in major shifts in behavior.

Dark. Eerie. Overwhelming. Atmosphere builds upon mood and style. Think aura and a surrounding cloak of emotions. Descriptive language (especially verb and adjective choices) can steer the atmosphere of a scene with great power in an instant.

Man versus life, man versus internal demons, man versus competitors. Characters undergo multiple conflicts with their identities and environment in order to progress to the next level and eventually accumulate the strength to purse through doubt and trials.

Betrayal. True love. Forgiveness. A well-executed narrative structure paints a picture of an overarching theme (or several), and sets the main focus and purpose for the story. It’s the umbrella which all other elements of the story are nestled under.

Put simply, a motif is an ongoing and repetitive element that propels the storyline. Most commonly used in movies, it could be the glistening of waves, a warm breeze, or the flight of a bird. Motifs often appear at the beginning and end of the journey.

Objects and ideas which mean another. Symbolism can be found scattered all over fantasy-themed games—all of the flashy explosions and glistening potions. A character’s personality traits can be amplified through aptly timed symbolism, usually to pivot a moment before triumph.

In layman’s terms, diegesis is first-person storytelling—the classic “once upon a time…” narrator style. The opposite is mimesis, which is portrayed through a more indirect approach, by representation or imitation (i.e. show instead of tell).

How Does Personality Play a Role in Narrative Design?

A fictional character embodies a set of personality traits, which usually develops over time. Particularly if they have a lead role in the narrative. They can also possess superhuman abilities and talents, which complements their base personas.

Consistency—in moderation—is key to building a successful and believable character. (Unless they’re known primarily for chaos, which is a whole other story.) A reasonable amount of predictability combined with a subtle air of je ne sais quoi marks the recipe for a solid character.

A gripping storyline will leave the player on edge, craving for the next sentence. Add a dash of shock. Despair. The uneasy feeling when all hell breaks loose and hope is seemingly lost. And then alleviate the tension: a punchline here; a witty comeback there.

(Re-)Writeable Components of Personality and Types of Characters

Keeping the three components in mind, each character selects their own fate by circling through speaking, thinking, and doing. Each decision they make directly leads to another; a different outcome. Such is the case for the choose-your-own-adventure type stories and games.

Jung’s famous archetypes provide tried-and-true frameworks to build upon and tweak for compelling characters. The major ones are as follows:

In addition to his archetypes, Jung also proposed a hypothetical “plan” which he called the four stages of life, complete with a rite of passage from one stage to the next. Many classic stories and fables incorporate the various stages in exact succession to each other:

Major characters have multiple dimensions. They lead the story, sit in the front seat, and steer the plot. Their personalities are circular, complex, and multifaceted. They have bouts of absences, and re-appear just as quickly. Major characters also get an intricate backstory and lengthy, emotionally-piercing internal monologues.

Minor characters, on the other hand, support the development of the major characters and provide comedic relief at times. Their personalities are more “flat,” or one-dimensional. They can also be memorable, with one-off lines that usually elicit a specific emotion or feeling.

Whether it’s a simple bark, long-winded monologue, or back-and-forth banter—personality in narrative design spans numerous concepts: traits, attitudes, behaviors, and so on. Armed with psychological knowledge, one can more accurately make a character seemingly “come to life.”

“The historical fact is that cinema was constituted as such by becoming narrative, presenting a story, and rejecting its other possible directions. The approximation [that follows] the sequences of images and even each image—a single shot—are assimilated to propositions or rather oral utterances.”

As personality psychology and typology concepts become more crystallized, storytelling in both the non-fiction (data, business) and fictional (fantasy novels, games) realms can develop and shape the meaning behind the human condition.