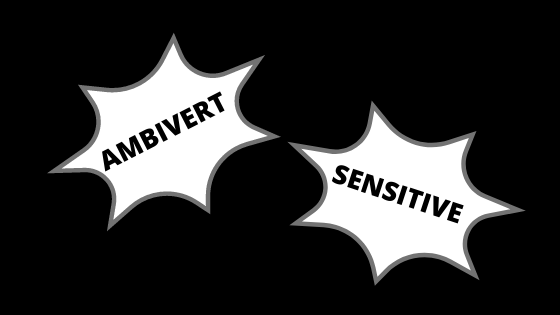 With the rise of hyper-niche typology groups and forums on the Internet, it’s easy for new terms to (mostly unknowingly) slip into common, everyday lingo. We’re hence met with a piping hot pot of a personality psychology buzzword jambalaya.

Facebook niche groups and Twitter hashtags have exploded, with individuals under every name imaginable under the pop-personality umbrella, from “NT Females” to “Introverted Extraverts” to “INFJ Mystics.”

While these groups can be easy to identify with, they also have the potential and power to create psychological divides and distance. By associating and conversing strictly with like-minded individuals, we may rationalize our standing and position inside a relational echo chamber.

We’ll take a closer look at some of the personality buzzwords that really take the cake—and perhaps how they managed to crawl into the trendy pop psychology culture, namely:

This is the quintessential umbrella term that every person falls under. Seriously. It’s supposedly a term for a (confused) individual hypothetically standing near the middle of the Introversion–Extraversion scale.

A common train of thought of an “ambivert” may be:

Therefore, I must be both—an ambivert! Hallelujah, finally understood!“

This is faulty reasoning—extraversion and introversion actually result from our biological responses to sensory information, rather than how loud or quiet we may appear in social situations. Terms like “shy” and “outgoing” are, in a nutshell, misleading terms have the potential to pigeonhole and impair psychologically.

Extraverts seek out stimulation in order to gain energy, whereas introverts recharge by being alone.

Yes, the party-hopping social butterfly is likely an extravert. And yes, the roommate who’s been binge-watching the Bachelorette for four straight days is probably an introvert. These are mere probabilities though, and should only remain as an observation rather than judgement set in stone.

However, there are exceptions to the stereotypes, especially if high sensitivity or sensation-seeking are present. Each individual is technically an “ambivert” then, as anyone maxed out on either side of the scale would score way by the far end of the scale on various personality disorders.

Yes, personality itself has been thrown around carelessly to which other terms may be far more accurate: aptitude, disposition, or even character. Personality tests may be measuring other facets of behavior, and get lumped under the umbrella term.

To say that someone has a “great” or an “off-putting” personality undermines the term itself—it proposes a set of standards for what constitutes an ideal or acceptable set of traits and behaviors. It would most likely refer to an individual’s character, which is the later-developed side of the psyche tied to social morals and principles.

Are there universally “proper” or “correct” traits? It takes a greater understanding of cultural nuances, sociology, and anthropology to figure out the mysterious ingredients behind making of a “good” personality. (More on this in a future post, stay tuned.)

Rules of etiquette and poise are often linked to having a “charming” personality. High scores on each of the Big 5 scales other than Neuroticism (N) are generally valued by North American standards (i.e. Openness, Conscientiousness, Extraversion, Agreeableness).

Having (or displaying) a wide range of emotions doesn’t necessarily entail high sensitivity. Nor does getting offended at every little detail (though, it may point toward that very direction). High sensitivity is less outwardly observable; more inwardly focused.

A Highly Sensitive Person (HSP) is a clinical term used to describe an individual who possesses strong reactions to sensory stimuli, such as loud noises, bright lights, or even strong emotions. These are automated, biological responses to the environment; a neurological wiring.

Individuals with high sensitivity may be misdiagnosed as having social or generalized anxiety disorder due to the avoidance of social situations from overstimulation. This goes for extraverts as well, who make up around a third of the highly sensitive community.

A rating of 2 on a 10-point pain scale may feel like an 11 for the HSP. They can also hear very subtle noises (e.g. clock ticks, television static, or buzzing from the fridge). When an HSP is overstimulated by sensory input, they may experience a breakdown which is not otherwise caused by clinical anxiety.

The ability to recite 167 digits of Pi. Unbeatable chess streaks. Being a successful startup founder. Anything that breathes in Silicon Valley. The mere act of wearing glasses. Straight As all throughout grade school, with extra credit assignments.

Having your name etched on the honor roll list (or better yet, wooden board). Qualifying for Mensa, ISPE, or the Triple Nine Society. Taking advanced placement courses and breezing through with minimal studying. Intelligence can however be found in numerous forms, outlined below:

With the Multiple Intelligences theory proposed by Howard Gardner, the eight distinct measures for intellectual ability:

The detrimental effects of arbitrarily labelling students as intellectually “gifted” during their developmental years and enforcing extended curriculums upon them could potentially lead to burnout and frustration later on.

By associating base intelligence with cut-and-dried numerical values, individuals can develop a fixed mindset toward their potential. Any grade other than the level 4, above-and-beyond ice-cream sundae model score could lead to feelings of dejection and anxiety which can persist far beyond the completion of formal schooling.

Out of the previously mentioned terms, “creative” is the most tangentially related to personality psychology. From abstract art to pottery, indie films to chart-topping blockbusters—creativity is most commonly associated with the arts and entertainment industry.

Is creativity measured by how avant-guarde a piece of work is, or how much completely “original” work is produced? At what point can a person be recognized as “creative,” and would it essentially be futile to define? Does neurodiversity and mental health affect creativity, or vice versa?

Ideas are constantly being recycled and reimagined; an ongoing cycle of inspiration, ideation, and execution.

There is arguably nothing completely “new” that is created. The Big Five trait of Openness has been overtly (and overly) linked to creativity, as it involves making abstract connections between ideas. In addition, creativity has also been linked to general IQ, which poses several questions for psychologists and psychiatrists alike.

Every individual is subjectively creative in their own way—whether it’s through their immaculate baking, songwriting finesse, or never-ending list of witty (or cringe-worthy) puns. Architectural renderings, floral arrangements, or sturdy treehouses. Tangible or intangible, creation begins in the mind as an idea; a drive; a purpose; a feeling; a sense of curiosity.

Big Five’s Openness trait has its fair share of controversy surrounding the term, which will be discussed further in a future blog post. Several suggestions of revisions have been proposed to the model, one of them being the six-factor HEXACO, or seven-factor model.