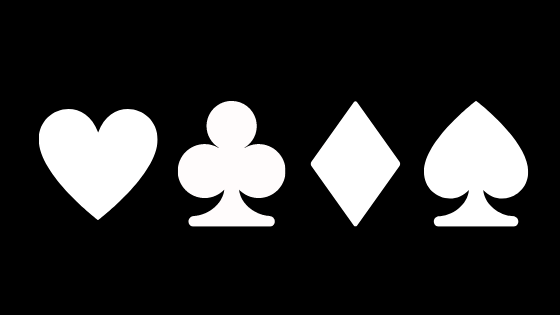 Poker is much more than the glitz and glamor of walking away from a casino with wads of cash in your hands. From pot odds to expected value—poker is a deceivingly simple game of mathematics and psychology.

How do poker playstyles and personality tie in together? We’ll take a look at the four common poker archetypes or personas: the LAG (Loose-Aggressive), TAG (Tight-Aggressive), Calling Machine (Loose-Passive), and Nit (Tight-Passive).

Poker, in a nutshell, is a complex game with incomplete information—part skill and part luck.

Learning personality psychology can give you an edge up against other players. Combined with applied math, it’s a lethal combination.

The fundamental theorem of poker, as told by long-time player and expert David Sklansky:

We’ll be focusing primarily on the psychological aspects of poker, and how they manifest in behaviors (and tells) at the table.

Note: Stay tuned for a future visual post combining both the statistics and psychology of poker.

Types of Classic Poker Playstyles at the Table

And now, a breakdown of the four iconic horsemen of poker:

Commonly dubbed as “crazy maniacs” or “reckless” by other poker personas, the LAG plays most of their starting hands (>60%), and pulls off semi-bluffs or straight bluffs more than other players.

The LAG thrives on unpredictability and a smidge of organized chaos. Again, they rely heavily on crafty moves to perplex opponents and continuously throw them off guard in the moment.

Think high risk, high reward. The image of a contestant walking on a tightrope, dangling by a thread.

The LAG has a keen understanding of hands which can be played successfully to a semi-bluff, and has an edge before the turn by usually making other hands fold through deceptive and calculated raises (e.g. value betting).

As predicted, the Loose-Aggressive playstyle points to high Openness (O) and Extraversion (E), and lower Conscientiousness (C) as well as Agreeableness (A). The LAG also correlates to low Neuroticism (N) from their (often) back-to-back, haphazard plays.

These players typically carry their hand all the way to the river, or at least the turn, even though they may play <30% of their starting hands. However, they’re keen to raise and re-raise pre- and post-flop.

In the long run, many poker experts say the TAG playstyle may reap the greatest rewards. They understand the power of +EV (positive expected value) and use it to their advantage.

High Conscientiousness (C) and low Neuroticism (N) mark the TAG poker playstyle. With a clear strategy and willingness to be patient and jump at the right opportunity, the TAG generally wins when their playstyle is executed correctly.

Many poker beginners and amateurs start off by calling each bet or raise if they even sense a chance at winning the pot. Even with hands where they have the advantage (or guaranteed win), they’ll typically call other players, or check.

Sometimes this is effective for a monstrous slow play. Otherwise, they’ll run into settling for less than they deserve long-term.

The TAG and Nit can easily reel in larger pots with stronger starting hands, while the Calling Machine often thinks, “Each hand has a chance,” which is dangerous to a fault.

Generally, the Calling Machine’s playstyle corresponds to high Agreeableness (A) and low Openness (O), as their play-it-too-safe mentality flies under the radar and refuses to rock the boat, which garners little success in competitive poker.

These are the players who refuse to play any hand unless it’s considered “playable” thanks to the plethora of convoluted poker charts and guru advice scattered over the Internet.

Unless it’s a ridiculous premium hand like KK or AJ, they will willingly fold, even during the big blinds (BB).

Sure, in theory, a “super Nit” can win grand pots by disengaging in the game until they have secured a ridiculous hand, and push for all-ins (or towering bets).

Since the hands they play are almost always premium, more aggressive playstyles (e.g. LAG, TAG) can tell when to raise or fold upon their moves.

For example, the dedication invested into polishing their game strongly correlates to high Conscientiousness (C).

Losing is a huge—if not essential—part of improving in poker. Low Neuroticism (N) helps with the inevitable bad beats the game brings forth.

Tilt, or the enraged mindset of “I’ll get them back for what they’ve done,” can lead to poor plays and less-than-logical plays.

You get your chips your way, I’ll get my chips mine.

Personality Playstyles and Personality: An Overview

We’ve taken a look at the four unique poker playstyles and how they tie into personality psychology. The LAG (Loose-Aggressive), TAG (Tight-Aggressive), Calling Machine (Loose-Passive), and Nit (Tight-Passive) all play their respective roles in each hand dealt.

A sophisticated poker strategy involves adapting to the situation as necessary. The process is multifaceted, as players at the table may catch on if only one poker persona is deployed throughout the competitive tabletop session.

The booming world of poker employs the many compartments of personality psychology to mix up an entertaining and cocktail of brain-bending mind games; the meta-game beyond the cut-and-dried probabilities of poker hands.

If you’re playing a poker game and you look around the table and can’t tell who the sucker is—it’s you.