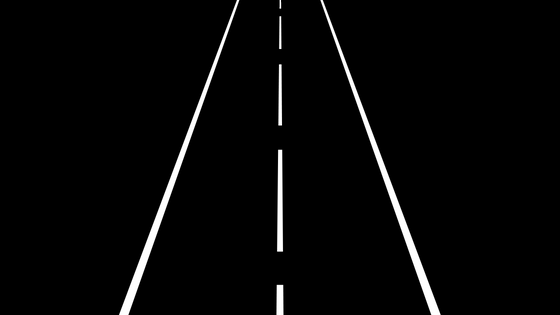 I recently attended a rib festival when barbeque sauce samples were being handed out. At one booth, a buff guy was hollering every thirty seconds (WHOOOO WANTS A SAMPLE?!) to build momentum. The booth to his left stood a lanky man on the brink of a sunburn, with zero life left in his eyes.

By sheer observation, I could guess that the former was an extravert and the latter an introvert—but only at face value. Do extraverts live life on easy mode?

Guy A may have waited two years before finally getting to share his love for ribs with the public (the festival was put on halt prior to this year). He may have been trying to get his work crush’s attention by his goofiness. He may very well have been an introvert…and crashing on the couch right after his shift.

Guy B might’ve had a rough night or morning without caffeine. Maybe the noise, humidity, and sunburn was affecting his energy at the stand. Perhaps his feet hurt from standing and he still has another two hours before his break—all while being an extravert. Under stress, extraverts may (and often do) act like introverts, and vice versa.

The chirpy cashier snapped me back into reality with her knowing grin. I should’ve been paying attention to the menu instead of analyzing two guys holding sauce samples under the sweltering heat. I managed a sheepish grin and scanned the board at lightning speed to go with a classic rack of ribs.

Being “outgoing” alone cannot determine whether someone is extraverted. Introversion and extraversion depends on how one gains energy. Is it by interacting with other people, especially strangers? Extraversion. By being alone, or with a close friend? Introversion. Yes, there’s “ambiversion,” which is the middle ground—however, everyone leans one way or another.

It is possible to enjoy socializing (or being alone) but feel completely drained afterwards. The same principle applies to being organized or taking on a feelings-first approach to relationships. When someone goes against their natural preferences, it can feel like trying to row a boat forward while the water is pushing backward.

Introverts who were told to “act extraverted” were shown to have higher levels of anxiety, depression, and autoimmune diseases. Their immune system took a nosedive for the worse, and they had more trouble making decisions. At work, they were more likely to develop burnout and reported more absences.

In an attempt at extraversion, she had worn a tunic with large slices of watermelon depicted on the front.

What had she been thinking of?

Long lesson short: it’s important to find a career path that aligns with your personality for your mental and physical health!

Possessing high extraversion is rewarded at school, in the workplace, and through life in general. Does being extraverted put your life on easy mode? Why is extraversion sought after as a positive trait?

We are highly curious social creatures even the most loud-(or realistically, silent)-and-proud hermit. We learn from others and from media. Our ancestors’ keys to survival in our hunting and gathering era was to master the environment and form strategic connections. We crave understanding, affection, an identity, and most notably—relationships.

Extraverts seize more opportunities in the social realm, which opens up even more opportunities. Since networking and social prowess are critical aspects of career progression, extraverts may be able to climb the professional ladder (and reach managerial positions) quicker than their introverted colleagues. Their gift of gab and building rapport adds to their success.

When do extraverts hold the short end of the stick, then?

With regard to decision-making, extraverts are more prone to snap choices. They may rush into a relationship (and plan a marriage!) without considering core values and long-term goals. Also, they may induce action when they are understimulated (hello, day drinking) for the sake of feeling something.

Extraverts have been shown to require more external stimulation to feel energized. For example, their tongues salivated less in contact with lemons. Introverts, in contrast, were found to have higher cortisol arousal rates, which turns up vigilance and wakefulness. Would more introverts, then, identify as a dolphin in terms of sleep chronotypes?

Extraverts may also be more prone to overeating and overindulging in bodily sensations. This may be linked to a variety of health issues including high blood sugar, high cholesterol, and more. More research would have to be done in this area (although controvertial). Of course, genetic and mental health conditions make this much more complicated to test accurately.

At the end of the day, do extraverts live life on easy mode? Yes and no.

The world needs both extraverts and introverts to sustain its societal systems and processes. We are all intricately different, yet undeniably alike. There is no “ideal” personality, as every person has the choice to leave the world a better or worse place than they had found it. That is how the cards are played, rather than dealt.