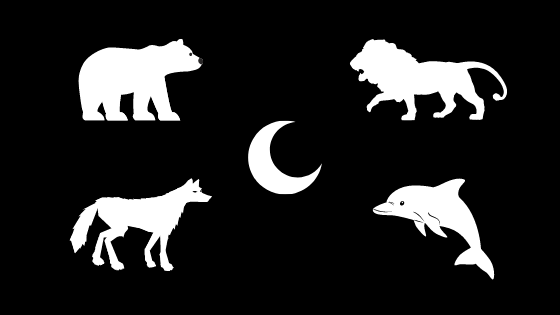 Does the early bird catch the worm? Sometimes.

Does the well-rested individual catch the worm? Absolutely.

When Benjamin Franklin famously stated, “Early to bed and early to rise makes a man healthy, wealthy, and wise,” was he correct? Maybe for certain personality and sleep chronotypes.

However, our bodies and brains are hard-wired differently—there exists no one-size-fits all sleep schedule.

Millions of people lose out on the benefits of a good night’s rest due to sleep deprivation and “debt” over a prolonged course of time. Contrary to popular opinion, it’s impossible to “make up” for lost sleep over the weekend.

Our bodies have natural biological “clocks” which help regulate metabolism and other vital functions. The science-y term, as most know, is the circadian rhythm.

Once you understand the way your body’s biological clock is ticking, then you have the key to working with your body instead of against it.

– Dr. Micheal Breus, Author of
The Power of When: Discover Your Chronotype

Interestingly, hybrid variations of each sleep chronotype (for instance, a “late Bear”) exist, as well as transitioning periods as we age.

For some, a single pattern carries throughout their lifespan. Other individuals may adopt characteristics of one—or even two—other chronotypes. Working with instead of against one’s natural sleep chronotype can lead to an exponential growth in productivity.

Sitting at 55% of the population, Bears are suited for the classic 9-5 lifestyle and subconsciously use the sun to gauge when it’s prime time to hit the sack.

They score high on the Agreeableness (A) Big Five trait and work well in teams. Bears also tend to score higher on Extraversion (E), and thoroughly enjoy socializing with different people.

Why do schedule standards exist for school and work? In a nutshell, time structures are backed by research to theoretically cater to the greatest percentage (%) of the population.

Coming up at 15%, Wolves do their best work at night and are generally considered “night owls” by the books. Typically creative introverts, Wolves score low on Extraversion (E) and high on Openness (O).

By late afternoon, Wolves start picking up steam. By evening, they’re full of energy and can perform their most challenging, cognitively demanding tasks.

Due to their noctornal tendencies, Wolves often have a variety of personal pursuits that steadily awaken by night, such as the next great American novel or mobile app.

Leading by 15%, Lions are the go-getting “early birds” and also have the highest life satisfaction rates. They wake up full of energy and typically start losing steam when early evening hits.

Lions find themselves in leadership positions, as they enjoy kicking off the day with work and zooming ahead. However, they tend to have short fuses and may struggle with impatience or restlessness.

Their most notable trait is Conscientiousness (C), as they work hard to hit—and even exceed—any goals. It is also the largest predictor (from the Big Five) for acheivement and satisfaction, according to psychologists.

As the proposed rarest sleep chronotype, Dolphins are light sleepers who are highly intelligent. They have a creative edge, which makes many of them creators of some sort—be it potters, painters, or writers.

Although they tend to score high in Neuroticism (N), their vigilance to any surrounding danger helped them with survival, back in the prehistoric era.

Similar to Wolves, Dolphins score high in Openness (O) and possess high abstract reasoning. Many historical artists and musicians had unorthodox sleep schedules, and so were suspected Dolphins.

Personality and Sleep Chronotypes: A Recap

We’ve taken a look at personality and sleep chronotypes for four core animals, in order of decreasing percentage occurence: the Bear, Wolf, Lion, and Dolphin.

When we are asleep in this world, we are awake in another.