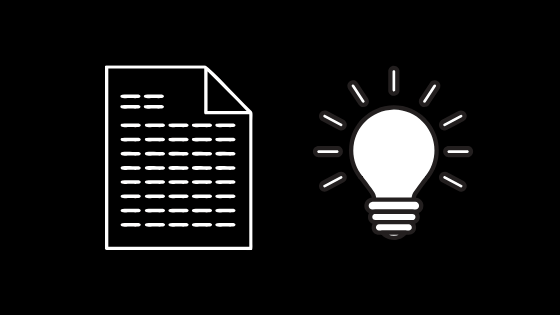 “Every man has the right to turn his will upon a thing or make the thing an object of his will, that is to say, to set aside the mere thing and recreate it as his own.”

Under the European IP property law, ideas are referred to as an “extension of oneself and of one’s personality.” Personality theory and intellectual property are closely associated with each other to govern creative guidelines and best practices over the Internet.

Digital movements such as the Creative Commons license aim to create a more open community to rework and share pieces of intellectual property to ignite awareness and recognition. The decentralized, free culture movement further emphasizes the large-scale creative collaborations.

Other forms of intellectual property protection include trademarks, trade secrets, patents, as the mere ideas—often referred to as the “law of ideas.” We run into the moral intent issue, as artists or designers may inadvertently create a piece of work that may closely resemble another. Since intent cannot be clearly proven (or disproven).

All created work entails an inherent risk of being altered, reworked, or flat-out stolen. An individual may be the first to spark an idea—however, the person who ultimately “puts it out there,” so to speak, is granted the rights to the work. After the release, it’s free rein for the general public to observe and form an opinion upon it.

“‘Person’ is essentially different from ‘subject,’ since ‘subject’ is only the possibility of personality; every living thing of any sort is a subject. A person, then, is a subject aware of this subjectivity, since in personality it is of myself alone that I am aware.”

Hegel proposes that treating others as autonomous beings requires granting them property rights over their creations. As a result, any intellectual works are a significant reflection of the original creator’s unique personality—an entitlement automatically granted from birth.

“Personality implies that as this person: I am completely determined on every side and so finite, yet nonetheless I am simply and solely self-relation, and therefore in finitude I know myself as something infinite, universal, and free.”

The originator of ideas should then be entitled to personal and control over their reputation and dignity under the joint forces of law and creativity. Essentially, an individual’s personality traits are further “materialized” as visual or tangible creative property.

Critiques of the Personality Argument

More rigid and technological patents such as the air conditioner or washing machine are difficult to justify under the light of personality. To what extent does a person’s character carry over to their inventions? Is it possible to measure this according to a standardized test or set of rules?

“Intellectual property is an important legal and cultural issue. Society as a whole has complex issues to face here: private ownership versus open source, and so on.”

It’s also possible to embark on a project against one’s values in order to obtain a greater external reward—compensation and recognition, for instance. Such cognitively dissonant (and often challenging) decisions reflect tenfold more upon character rather than personality.

To attribute creations to personality alone is an extremely reductionist approach, and the regulation of intellectual property is a complex issue that must span approaches in geography, cyberlaw, ethics, culture, and technology itself.

Alienation, another phenomenon that naturally arises from the subjective nature of personality, occurs with the justification of intellectual property—whereby the original creator compartmentalizes and completely separates the work and self. Drawing such a hard line internally could offset stress or the lack of personal accountability for any intellectual property they produce.

Copyrights and patents are usually long and extensive, although temporary in nature. Concepts are constantly being recycled and reimagined into new products and systems. People bounce ideas off one another. The elaborate creative cycle ticks on like clockwork.

To what extent does a creative piece count as “original” and pass the proverbial “tests” of the Internet?

When does the law override an argument for creativity?

Can creativity on the brink of stealing be justified and accepted?

Does the creator’s initial intension matter more, the end result (e.g. profit, exposure)—or how the original source of inspiration feels about the altered piece?

Who gets the final say, and should there be a universal standard or code of ethics for the web?

There are many ways in which personality theory and intellectual property overlap. In the grand scheme of creative licensing and cyber laws, the field of personality psychology is revised and refined according to the fluctuating culture of the Internet.

In a digital era where mass-scale trends and overnight sensations dominate the web, intellectual property and its precise governance remains in limbo with each suggestion of inspiration or creative robbery. As we develop new technology and automated procedures to identify and prevent theft, the future of intellectual property can be better regulated.